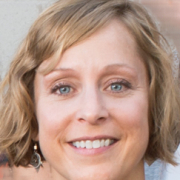 peacebuilding director for strategy and innovation, providing global leadership for the deployment and development of MSTC. She is lead author of the MSTC book. As a certified MSTC lead facilitator in English and Spanish, her recent workshops include Afghanistan, Honduras, Pakistan, Kenya, Somalia and Lebanon, as well as MSTC facilitator training and mentoring around the world.

Previous roles include independent consultancy, as well as World Vision peacebuilding and conflict sensitivity leadership in the Asia Tsunami Response, Asia-Pacific Regional Office, Kosovo and USA offices. Michelle has been deeply engaged with innovative mainstreaming of Do No Harm, including the adaptation of Do No Harm for religious actors. Strengthening civil society’s effectiveness and influence are consistent themes.

Michelle is passionate about participatory action research and collaborative learning, as well as the transformation of identity-based (ethnic and religious) conflict. She holds a PhD in peace studies from Lancaster University, and an MPA/MA from the University of Washington. She is an American currently based near Seattle. Esther ‘Terry’ Silalahi is an independent consultant from Indonesia. Esther completed her law degree at the University of Indonesia, and her master’s from London University. In 2001, she joined World Vision Indonesia as peacebuilding manager. In this role, she delivered capacity building for staff, community leaders, and government officials, as well as conflict sensitivity and peacebuilding planning assessments.

In 2009, Esther launched her independent consultancy. Her strong facilitation and training skills make her a trusted consultant for various organizations, such as GIZ, Caritas, Oxfam, World Vision, etc. to assist them in developing staff capacity and organizational strategic direction. She has also led the design of numerous new capacity building modules.

Esther gained her certificate as an MSTC Lead Facilitator in 2010, and she regularly leads MSTCs in Africa and Asia. She believes that facilitating is a continuous learning process. In all and each of her workshops she demonstrates a strong but gentle personality, and works hard to ensure that participants absorb the topics effectively while having fun.

Click here for more information about Training of Facilitators for Macro-Level Conflict Analysis 2016.